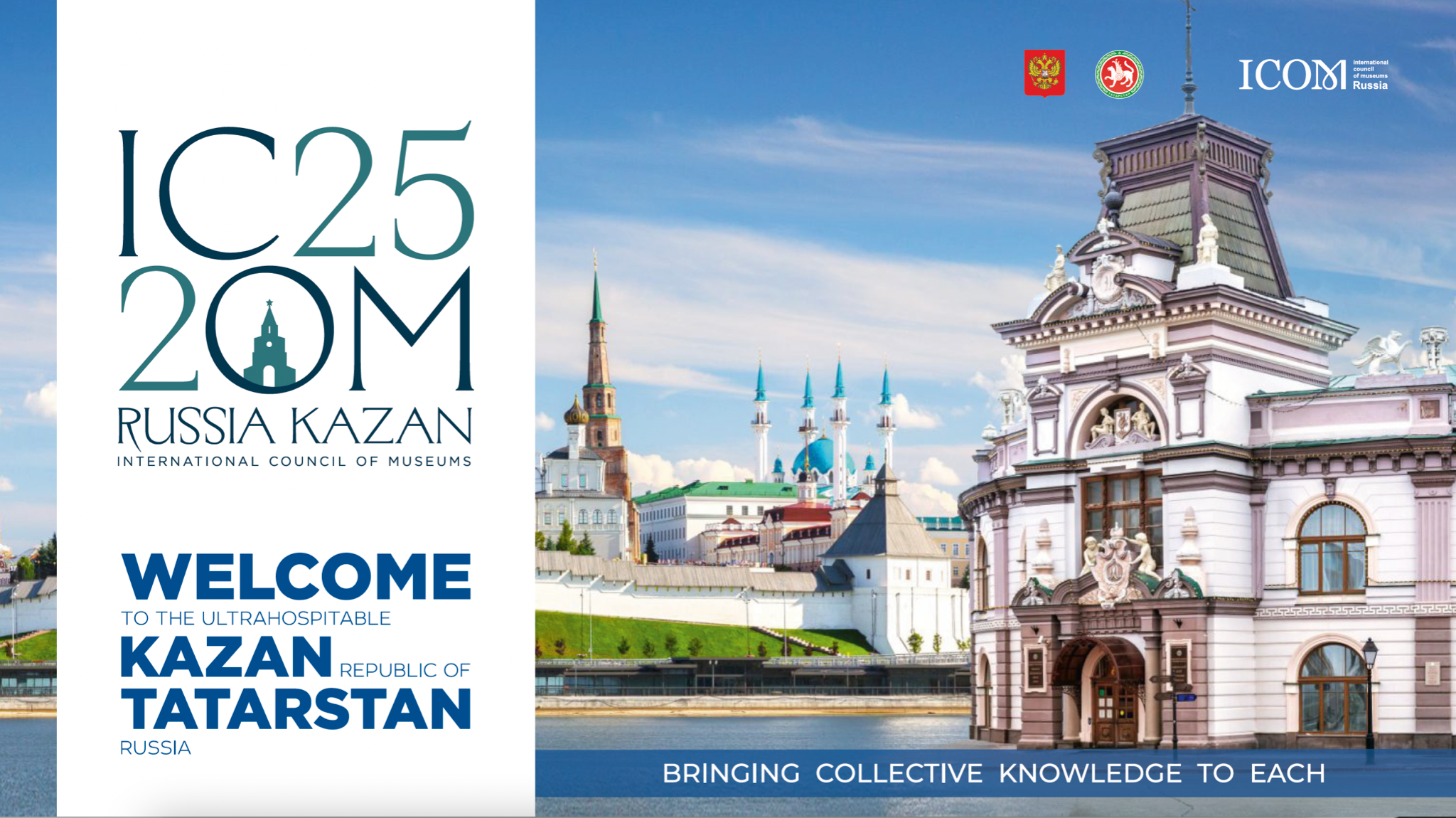 On behalf of the Russian Committee of the International Council of Museums (ICOM Russia), we are honored to announce that Kazan, the Republic of Tatarstan, Russian Federation, has entered the shortlist of candidates for the right to host the ICOM General Conference in 2025. The shortlist also includes Stockholm (Sweden) and Dubai (UAE).


The ICOM General Conference is the main event for the global museum community, which is held every 3 years. The conference brings together museum professionals from all over the world to exchange experiences and discuss issues related to the promotion, protection, and preservation of heritage in the framework of museum activities. The conference develops key decisions that determine the vector of museum development in every country in the world.


The declared topic of the conference, proposed by Russia, is “Bringing collective knowledge to each”


This conference will highlight the importance of the social role of museums in contributing to the education and collective knowledge of humanity, in line with the Sustainable development goals.  Knowing fully well that museums accompany humanity along in evolution, their role to serve as information hubs and bring people together is important. Due to the effect of the pandemic on the museum sector, and the new modern times have surfaced, museum’s social role is needed in multi-ethnic and poly-cultural aspects which can aid equal accessibility using flexible means of communication in a language that everyone understands.  To contribute to the development of sustainable development goals, museums can implement quality education, gender equality, and innovation. The conference will basically be about the social role of museums and focus on education as well as the effects of the pandemic on the museum sector.

Today, museums take over an important role as information centers that unite people around them, creating communities. The new reality has shown that the social role of the museum is multi-ethnical and multicultural. If museums speak the same language with their visitors and raise relevant topics which are important for society, they will make a great contribution to improving the quality of education, creating an innovative environment, and ensuring gender equality. Thus, the declared topic of the conference will reveal the social role of museums in promoting education and the dissemination of collective knowledge in accordance with the UN Sustainable Development Goals.


Kazan is definitely a special territory. That is why it was proposed as a venue for the international museum community. It is the ancient capital of a unique region with a thousand-year history and rich cultural heritage. Here, in Tatarstan, representatives of 173 nationalities and various confessions have been successfully living for many centuries. This fact is a key to the republic's high competitiveness at the world level and the formation of the richest treasury of collective knowledge. Tatarstan carefully preserves traditions and initiates rapid innovations. It has more than 1,100 museums, 5,000 archaeological sites, and 3 UNESCO World Heritage Sites.

Kazan is one of the most modern and beautiful cities in the Russian Federation, which is officially recognized in the country as the “Third Capital”, “Sports Capital” and “Gastronomic Capital”. The city successfully hosted major world events, including the XXVII World Summer Universiade 2013, the World Aquatics Championship 2015, the World Cup 2018. In 2021, Kazan became the venue for the League of Historic Cities, and in 2022 the city will host The 45th session of the UNESCO World Heritage Committee, which confirms the trust and interest of the world expert community.

If Kazan hosts The ICOM General Conference it would mean the ICOM community would get together in Russia for the second time, because earlier the conference was held in 1977 in two cities of the Soviet Union - Moscow and Leningrad.


On the eve of the final stage of the bidding campaign, ICOM Russia and the Republic of Tatarstan are launching a hotline "Ask Kazan", "Kazan-2025", where anyone is welcome to ask any questions before voting for the city of the ICOM 2025 General Conference.